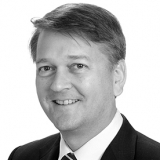 Jon Huggins is the Director for Oceans Beyond Piracy at OEF. He previously served as NATO’s Operational Liaison Officer to the European Union Council Secretariat in Brussels and as Contingency Planning Officer at NATO headquarters. His work on major military staffs includes an assignment as lead planner for Counter-Terrorism and Irregular Warfare for the 2006 Quadrennial Defense Review and as Study Coordinator for the Chief of Naval Operations Executive Panel. He also served as a Political-Military Planning Officer in Yokosuka Japan. During his 22 years in the US Navy, Huggins served as a Naval Flight Officer and Mission Commander on airborne missions in the Pacific and Indian Oceans, the Persian Gulf, and over Afghanistan. He was the Officer in Charge of the Navy’s detachment of land-based reconnaissance aircraft in Afghanistan in 2001 and 2002 in Masirah, Oman. Huggins holds an MA degree from George Mason University’s School of Public Policy and a BS degree in Economics from Iowa State University. He is a graduate of the US Army Command and General Staff College in Leavenworth, Kansas and spent a year as a resident Senior Fellow at the Atlantic Council of the United States in Washington, DC. 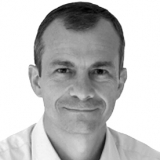 Jérôme Michelet is the Associate Director for Oceans Beyond Piracy. Prior to joining OEF, Jérôme was a maritime consultant, where he worked on the "Improvement of Port Safety and Efficiency in Africa" and MARSIC projects. He has studied West and Central Africa ports, and has spent more than one year in Djibouti working on piracy related issues.  Jérôme served more than 27 years in the French Navy, where he commanded two warships and participated, either as staff officer or as embarked officer, to anti-piracy patrols; counter narcotics operations; fisheries control; counterterrorism exercises; maritime border control operations; pollution surveillance; sea police operations; crisis management; search and rescue; safety of life at sea; and assistance operations. He participated in many tours overseas in the Gulf of Guinea, the Indian Ocean, the Middle East and South East Asia. 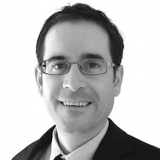 Ben Lawellin is a Project Manager for Oceans Beyond Piracy focusing on the Somali Maritime Resource and Security Strategy.  Ben assists with research and implementation of OBP's Security Sector Reform and development programs.  He is a graduate from the Joseph Korbel School of International Studies with a Masters Degree in International Security.  Prior to graduate school Ben served in the United States Air Force. 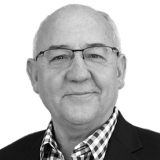 John Steed is an expert in maritime crime, conflict resolution, negotiation and African geopolitics. As the Regional Manager for the Horn of Africa, John oversees the operations of all OEF programs in the region.  For Oceans Beyond Piracy he runs the Secretariat for the Maritime Security Coordination Committee and other regional capacity building groups.  John also coordinates the activities of the Hostage Support Partnership, which tracks and supports the remaining hostages still being held by Somali pirates.  Prior to joining OEF, John was the Principal Military Advisor to the Special Representative of the Secretary-General Mahiga, Head of the Counter Piracy Unit in the UN Political Mission for Somalia, UK’s first Military Representative to Somalia and UK’s Defence Advisor to Kenya, Tanzania, The Seychelles and Somalia. John is retired from the British army, where he served 37 years in numerous locations across the globe and commanded at Regimental and Squadron levels. He was awarded the Most Excellent Order of the British Empire (MBE) by Her Majesty Queen Elizabeth as part of the 1st Gulf War Honors and Awards. John was educated at Kings College Taunton, the Royal Military Academy Sandhurst and staff training at the Joint Services Defence College, Greenwich. 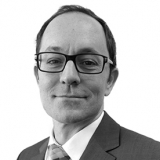 Gregory Clough is the Project Manager, West Africa for Oceans Beyond Piracy (OBP) at the One Earth Future (OEF) Foundation. Gregory has over fifteen years of professional experience working in both for profit and non-profit environments. Prior to joining OEF, Gregory received an MA in Advanced International Studies from the Diplomatic Academy of Vienna, and a BA in History from the University of Colorado.  He worked previously at the International Centre for Migration Policy Development in Vienna, Austria and is a certified Project Management Professional (PMP). 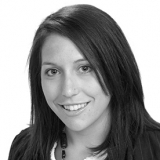 Maisie Pigeon is a Researcher with the Oceans Beyond Piracy team, which she joined in 2011. Maisie works on the State of Maritime Piracy report, as well as a number of other areas OBP research and analysis. Prior to joining OEF, Maisie lived in Washington, DC where she developed and implemented a number of social advocacy campaigns and strategic communications plans for several international development-focused NGOs. She has her Masters Degree in International Studies from the Josef Korbel School of International Studies at the University of Denver and she received her Bachelors Degree from James Madison University, where she studied Political Science, Anthropology and Africana Studies. 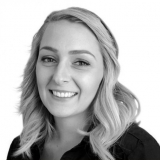 Michaela Monahan is the Communications Coordinator for the Oceans Beyond Piracy project. Michaela is responsible for OBP’s communications efforts, including liaising with members of the media, and managing the project’s website and social media. Prior to joining OEF, Michaela was living in Doha Qatar, where she was working for the US Embassy. Michaela is currently enrolled in Colorado State University’s global campus. In her time away from her studies and work, Michaela enjoy hiking, wakeboarding, and reading books about history.

Sean Duncan is the Project Coordinator for One Earth Future (OEF) Foundation's Oceans Beyond Piracy program. Prior to joining OBP, Duncan served as a Regional Director for the Borgen Project, interned with the Assistant Majority Leader of the Colorado State House of Representatives, and worked closely with local non-profit organizations to raise awareness around important policy issues affecting Coloradans.  He also interned with a small startup company where he facilitated government relations and assisted with regulatory compliance. As a result, Duncan has valuable experience in the private, public, and non-profit sectors. He holds an MPP with an emphasis in International Policy and National Security from the Institute for Public Policy Studies and the Josef Korbel School of International Affairs, as well as a BA with a double major in Political Science and Public Policy. He completed both degrees in five years and graduated from the University of Denver in 2016. 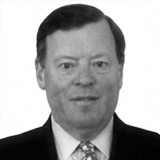 Admiral Sir James Burnell-Nugent spent 37 years in the British Royal Navy after achieving a Master’s Degree at Cambridge University in Mathematics and Operational Research.   He left the Royal Navy in 2008 having commanded in every rank up to four-star Admiral, concluding his career as as Commander-in-Chief of the Fleet.   He was knighted in 2004. He is a graduate of the Greenwich Joint Services Defence College, an alumnus of the UK Cabinet Office Top Management Programme and an Honorary Fellow of Corpus Christi College Cambridge.
He has his own strategic advisory business – Orchard Leadership.
www.orchardleadership.co.uk 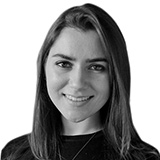 Emina Sadic is a Research Assistant with OBP for the State of Piracy 2016 report. Prior to joining One Earth Future Foundation, Emina completed her master’s degree in human rights from Sciences Po Paris and worked at the Organization for Security and Cooperation in Europe (OSCE) Parliamentary Assembly and NATO’s Joint Analysis and Lessons Learned Centre. She has a bachelor’s of arts degree from the University of Houston in political science and English literature. 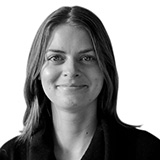 Kelsey Soeth is a Research Assistant for Oceans Beyond Piracy focusing on the State of Piracy report. She is a graduate of the Johns Hopkins School for Advanced International Studies with an MA in International Law. She is also a Returned Peace Corps Volunteer who served in South Africa. 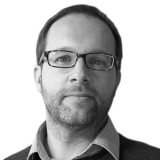 Dirk Siebels currently works as an advisor for the Oceans Beyond Piracy team, specifically for the State of Maritime Piracy report. Aside from his current role with OBP, Dirk works as an analyst for Risk Intelligence, a Denmark-based maritime risk consultancy, focussing on maritime security issues in sub-Saharan Africa. Dirk served as an officer in the German Navy and worked as a journalist and public relations consultant for several years. He holds an MA in International Studies from Durham University (United Kingdom) and is currently finishing his PhD at the University of Greenwich in London.